It’s been a tough few years for precious metal investors.

After gold and silver peaked in 2011 at $1,921 and $49 per ounce, respectively, investors in both metals haven’t seen much in the way of good news. The yellow metal is down more than 40% from its peak, while silver has fallen even farther, declining nearly 70% from peak to trough.

As you might expect, this decline has decimated miners, especially those that invested heavily in projects that were only feasible at higher prices. At least other input costs have declined, like labour and fuel. Most miners are in the position that they’ll survive, but they need higher commodity prices in order for their share price to go up.

I’m not sure about gold, but there’s a big source of upcoming demand in silver that could send the commodity nicely higher. Needless to say, that would be good news for the sector.

According to estimates by Thomson Reuters, the growth in solar power over the next decade is poised to be extraordinary.

The analysis points out that power production from solar is poised to soar thanks to improved technology, more efficiency, and better storage technology. Even though the price of other sources of power are down due to lower commodity costs, it’s still estimated that solar will be the largest source of energy on the planet in just a decade.

How exactly does silver enter the picture?

Without getting into too much detail, silver is an important part in the solar process. Essentially, it serves as the conductor, transferring the newly created energy to the rest of the grid. That’s a pretty important part of the process.

Just how big is this potential market? Estimates vary, obviously, but let’s see if we can crunch the numbers. Based on current technology, it takes 2.8 million ounces of silver to generate one gigawatt of power. At the end of 2013 there was approximately 140 gigawatts of solar power generation capacity globally. 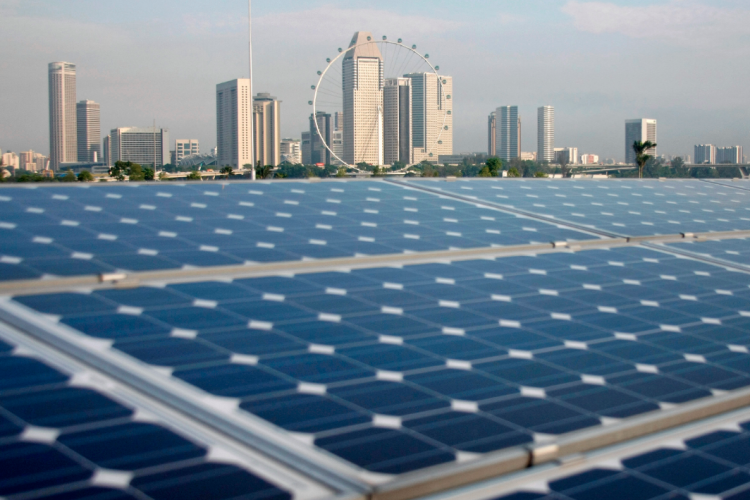 We don’t know exactly just how much solar capacity will enter the market over the next few years, but China alone plans to add more than 70 gigawatts worth of solar generation capability by 2018. If you add in efforts by nations like Japan, Germany, and the United States to become more sustainable, there’s little doubt demand is going to be there. That will filter down and affect silver.

How to play it

How exactly should you position your portfolio to bet on silver?

There aren’t many choices in Canadian ETFs. Investors looking to go the ETF route would be better off to go south of the border and buy the iShares Silver Trust (ETF) (NYSE:SLV), which tracks the price of the commodity. The only real issue with that is it exposes an investor to U.S. dollar risk, but that’s a reality for any commodity trading in U.S. dollars.

Another option is Silver Wheaton Corp. (TSX:SLW)(NYSE:SLW), the largest silver play in North America. The nice thing about Silver Wheaton is it has very little in actual operational risk, since its business model is to supply capital to new mines in exchange for the right to buy a certain amount of production at a low cost.

Silver Wheaton has a solid balance sheet, with low debt and nearly $100 million in cash. It also pays a 1% dividend, something you won’t get if you invest in the metal directly. And because it’s as much a finance company as it is a silver company, shares only loosely track the price of the commodity. That’s helped Silver Wheaton consistently beat an investment in the commodity over a one-year, five-year, and 10-year horizon.

If you’re a believer in solar causing a huge jump in silver, Silver Wheaton is a pretty good choice to own.

Check out our special FREE report "2 Canadian Energy Stocks on the Cusp of a Powerful Long-Term Trend." In this report, you'll find that Canada is rich in other energy sources that are poised to take off. Click here now to get the full story.